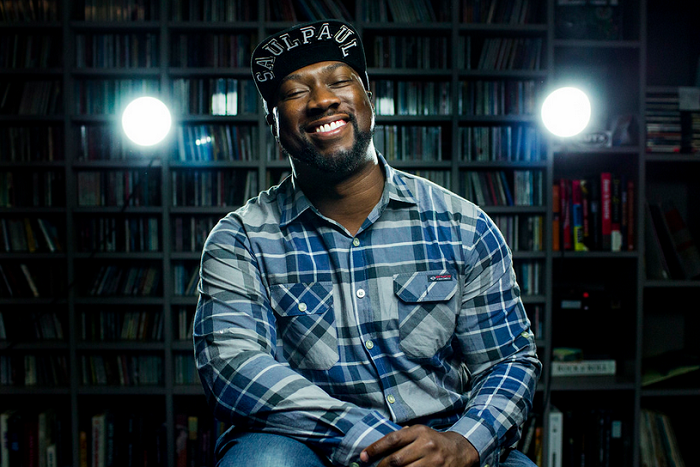 About SaulPaul
After being named 2017 Austinite of the Year, SaulPaul began 2018 with his song Rise (Remix) topping the charts and becoming one of the #1 songs on Sirius XM radio – Kids Place Live.

Part rapper/part singer songwriter, SaulPaul is an entertaining artist who blends his voice, his guitar and his loop pedal to create a live show that is nothing less than an EXPERIENCE.

For over a decade SaulPaul has earned an international reputation as a “Musician with a Message” known for entertaining and inspiring audiences across the world. He has graced stages at 2 TEDx talks, America’s Got Talent as well as some of the world’s most esteemed music festivals. This year, he will perform at the iconic Austin City Limits (ACL) Music Festival. He has also collaborated with artists from around the world. His guests on his most recent collaboration are a talented group of artists from the kids music world including Grammy Nominated Alphabet Rockers, Grammy Award winner Lori Henriques, Red Yarn, Mo Phillips, Grammy Award winner Lucy Kalantari and Latin Grammy Award winner 123 Andrés, who are all featured on SaulPaul’s album, Be the Change

In addition to writing songs, he writes books. He is the author of Dream in 3D. SaulPaul is the lead character in the mobile gaming app SaulPaul: Dream in 3D (available at the iTunes App Store and GooglePlay). He is a nationally renowned motivational speaker as well as the subject of the critically acclaimed autobiographical documentary Tower to Tower. He has impacted hundreds of thousands of students and student leaders across the world through The SaulPaul Foundation, a non-profit organization he founded. He has been featured on MTV, the LA Times and numerous other publications and broadcasts. He’s worked with SXSW, ESPN Radio, the NFL and the NBA.

SaulPaul is an influential voice in corporate social responsibility and an expert in youth empowerment. Because of this he has consulted and assisted in creating campaigns and projects for the United Nations Foundation, Spotify, Johnson & Johnson and the NFL. SaulPaul is also the founder of SaulPaul’s Music Career Expo. The annual event brings together music industry professionals from various fields to introduce, educate and enlighten students on career opportunities within the music business.

SaulPaul’s work with local Austin youth and musicians in general are what led to him receiving the 2016 Austin Music Award’s AMP Esme Barrera Award for Music Activism & Education. Other awards SaulPaul has received are the University of Texas at Austin Young Alumnus Award (2012) and the Seedling Foundation’s Fab 5 Award (2015). SaulPaul is on the board of the Austin Music Foundation as well as the Austin Creative Alliance. As a member of The Recording Academy since 2010, SaulPaul most recently completed his first term as an elected board member of the Texas Chapter of the Recording Academy.